8 Tips to Avoid Giving Anyone Food Poisoning This Thanksgiving 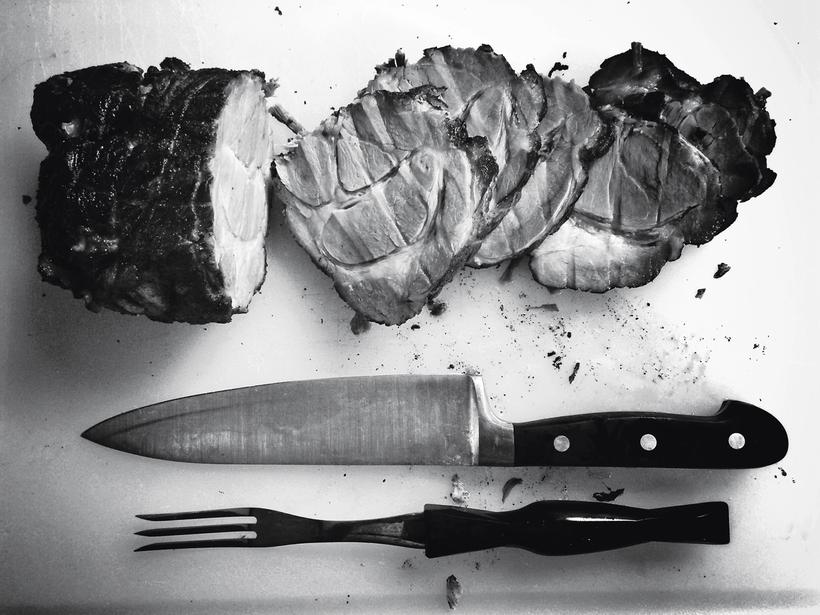 You’re hosting Thanksgiving. You want to create a beautiful, memorable meal for your guests. You hope it’ll be a day you’ll all remember fondly. If the day ends with everyone sick with food poisoning — hopefully not re-enacting too closely that unforgettable dress-fitting scene from Bridesmaids — well, that’s not exactly the kind of “memorable” you were hoping for, is it?

Unfortunately, it happens more often than you think at holiday dinners. A study of foodborne disease outbreaks from 1988 to 2010 showed that, while outbreaks occurred year-round, the largest number occur in November and December. You know, over Thanksgiving, Christmas, Hanukkah, Kwanzaa, and all the other reasons people tend to consume massive quantities of food that time of year.

Don’t let it happen to you. Instead, follow these eight simple Thanksgiving food safety tips. Even though the personal liability coverage in your homeowners insurance may have you covered in the event you do inadvertently food-poison your guests, wouldn’t you rather… not?

Yeah. We thought so. Don’t worry; we’ve got you Covered. Read on for everything you really need to know about NOT food poisoning your family and friends this holiday season.

1. Invest in a Trusty Meat Thermometer

The first and most important step in avoiding food-poisoning your family and friends? Make sure your meat is fully cooked. After all, it’s usually the meat that’s the culprit. As the study cited above found, “Meat and poultry outbreaks accounted for 92% of outbreaks with an identified single food commodity.”

Guessing whether your meat is “done” isn’t good enough. You need to make absolutely certain. To do that, you’ll measure its internal temperature with a meat thermometer.

Your meat thermometer doesn’t have to be fancy; it just has to work. That said, if you want to go digital, there are several tried-and-tested models available, ranging in price from $10 to $100.

Thanksgiving is the busiest time of year for many people’s refrigerators. It can get a little crazy in there. Without realizing it, you’ll shove in that celery right next to that giant hunk of raw turkey. And you really don’t want to do that.

What you want to do is avoid cross-contamination. Raw poultry and other meats can easily spread germs to other foods. Don’t give them the chance. Organize your fridge so that fresh produce and other ingredients are kept entirely separate from the turkey and any other meats. In addition, store all meat on the lowest shelf of your refrigerator. That way, none of its juices have the opportunity to leak downward onto any unsuspecting food items on lower shelves.

To avoid that dreaded food poisoning, your turkey must be entirely thawed before cooking. Resist the urge to expedite the thawing process by leaving the turkey out on the counter to thaw. Room-temperature thawing is a wide-open invitation for bacteria growth. Instead:

4. Give the Turkey Its Own Cutting Board

The centerpiece of your Thanksgiving meal is special, right? So special… it deserves its own special cutting board. Specifically, use a plastic cutting surface that’s 100% dedicated to your turkey. Nothing else gets cut on it, and we do mean nothing: keep those vegetables, fruits, nuts, and other to-be-cut ingredients far, far away. Again, the goal is to avoid cross-contamination.

To be clear, this is what you should be doing year-round, not just at Thanksgiving. Dedicate a plastic cutting board to your meat-cutting and -handling activities. Wash it in the dishwasher after every use.

5. Wash Your Hands a TON

Every time you touch the raw turkey, the turkey’s super-special cutting board, or any unwashed utensils that have come into contact with the raw turkey, you need to wash your hands before touching anything else. Every frigging time. This helps make sure you don’t give YOURSELF food poisoning, cool?

Before we move on, let’s make sure we’re on the same page about what “washing your hands properly” really means. Because let’s face it: Aside from people who work in medical or scientific fields, most of us have gotten a bit lazy with the task. “Washing your hands properly” means using soap and warm water, scrubbing up to your elbows, and washing for at least 20 seconds. Yes, we know that sounds like forever. Use the opportunity to be thankful for your health.

That’s why, according to both food safety experts and a very passionate Alton Brown (who says, “When it comes to turkey, stuffing is evil”), it’s best to simply cook the stuffing completely apart from the turkey. If you’re worried the stuffing will get too dry, Epicurious recommends drizzling a half-cup or less of chicken stock over your stuffing before putting it in the oven.

7. USE the Food Thermometer

That gorgeous food thermometer won’t do you any good if you don’t remember to use it. According to the Center for Disease Control (CDC), to ensure a safely cooked turkey, the turkey should reach an internal temperature of at least 165℉. Check it in several places (i.e., breast, thigh, and wing), and make sure you’re inserting the thermometer into the thickest parts of that glorious turkey. In addition, cook with the oven temperature set to at least 325℉.

8. Get Leftovers in the Fridge ASAP

After the big feast, it’s tempting to let all that beautiful food sit out on the table for awhile. You did a ton of work to get it all out there in the first place. People will want seconds. And the game’s on now, and that Pumpkin Ale is tasting so very lovely. What’s the harm in putting it all away later?

The harm is in that sad-but-serious potential for food poisoning. When food is left at room temperature, a pesky little bacteria called clostridium perfringens will eventually start to grow. According to the CDC, ol’ clossy perfy is the second most common bacterial cause of food poisoning, causing vomiting and abdominal cramps within 6 to 24 hours. So do as the CDC recommends. Get those leftovers in the fridge as soon as possible. At the very minimum, do it within two hours of preparing the food.

Anyway, everyone knows those leftovers are certifiable food gold. Don’t let them go to waste. Finally, something else we can all agree on: Nobody needs to get food-poisoned this year or any year. So hold that meat thermometer high!

Didn’t know homeowners insurance might be able to help in the event of food poisoning? Curious about what else your policy may or may not cover? Give us a call at (833) 487-2683 or send us a message! We’ll be happy to answer your questions or do a free policy review.