Coverage of the Month - Coverage A, Dwelling Coverage 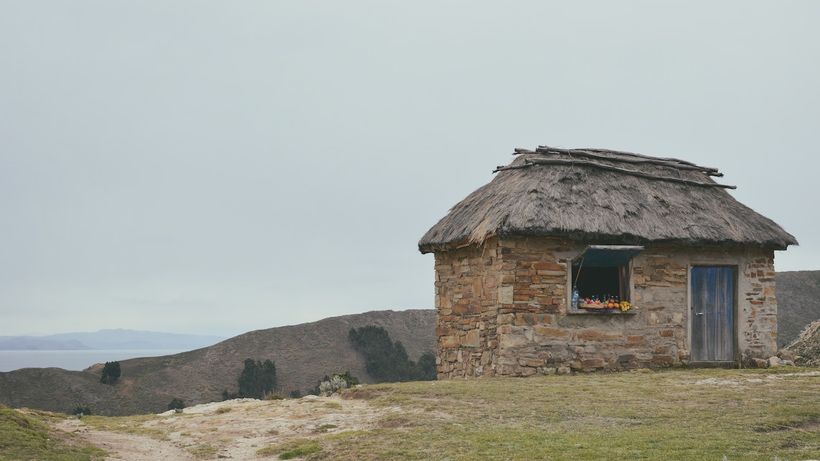 When we talk about home insurance, we’re really talking about covering more than just the structure of your house. You also have homeowners insurance to protect yourself from damages and legal costs if someone is hurt on your property (liability), and to protect the things inside your home (personal property), among other things.

This blog isn’t about those things. What we’re looking at today is what’s called Coverage A, the dwelling limit of the home policy, typically referred to as “dwelling coverage.” It does, in fact, just cover your actual home itself.

Obviously, covering the house itself has a major impact on your rate. It’s the biggest thing you’re covering.

It’s not surprising that, for many first-time homebuyers, dwelling coverage probably seems like the most important aspect of having insurance. In a nutshell, dwelling coverage helps you rebuild or repair your house if it’s damaged. However, be sure to review the details of your policy, as some policies provide coverage on a named-perils basis or on an all-perils basis. A named-perils basis means that the policy covers all of the perils listed in the policy and nothing more. An all-perils policy will cover all perils, except those that are listed as exceptions. This coverage must take into account any structures that are part of your home, including attached structures such as garages.

Do keep in mind, however, that dwelling coverage only pertains to your dwelling, and not to the property it’s on. Your coverage only protects your home and anything that’s directly attached to it.

THE OUTS: What Isn’t Covered?

Now, while your dwelling coverage does indeed cover your dwelling, it may not cover damage to the dwelling under certain circumstances.

One highly notable example: flooding. In recent years, several cities have experienced flooding that may not, at least in recent memory, have ever experienced such extensive flooding. As cities have grown, so has the threat of floods in far-flung, low-lying neighborhoods. However, because many of these big flood events are so-called “100-year” floods (or more — imagine the size and impact of a 200-year flood, or even a 500-year flood), many homeowners don’t think to get special flood coverage. What they find — too late — is that the standard coverage they have doesn’t provide for flood damage.

Similarly, it’s important to be aware whether your dwelling insurance covers damage specific to your area. For example, yes, if you live in an area near a fault line, you should have earthquake coverage. If you live near an airport, it’s not a bad idea to ensure you’re covered if a plane damages your house.

More basic perils like lightning, fire, explosion, theft, hail, and other threats must also be assessed and accounted for. These potential perils all represent questions you should ask your agent, or at least consider, when shopping for insurance. Luckily, most of these common mishaps are included in basic dwelling coverage. Still, ASK. Verify. Don’t assume.

It’s also important to understand the details of your dwelling coverage. The standard coverage is 100% of the replacement cost to rebuild your dwelling in a total loss.

Here’s what else you need to understand: You can increase this coverage. Choosing a lesser amount may have consequences that you may neither like nor intend. Lowering the standard amount will affect your other coverages.

You can find a ballpark figure for the replacement value of your home by multiplying your home’s square footage by the average rate charged per square foot by builders in your area. So if that rate is $50 per square foot and your home is 1,000 square feet, the cost would be $50,000. But this cost estimate is for rebuilding the structure alone, and doesn’t account for big-ticket items like HVAC.

That’s why it’s important to talk to your agent about the extent of your dwelling coverage. If you’re going to live in your house again, you’re going to need things like HVAC. Are your coverage limits sufficient to get you there?

Before you talk to your agent, know that there are essentially three levels of dwelling coverage.

First, there’s actual cash value (ACV). The ACV is the market value of your house minus depreciation. ACV won’t cover the full cost of building new, because flooring, walls, and everything else in your home get used and worn, losing value over time.

Then there’s replacement cost value (RCV). This is the cost we mentioned earlier, which is how much it would cost to rebuild your house at current prices in your area. If your policy covers RCV, it’s likely to have higher premiums. This coverage type, too, is subject to policy limits.

Finally, there’s guaranteed replacement cost or extended replacement cost (GRC/ERC). If you’re in an area prone to natural disasters, this may be a good bet for your dwelling coverage. GRC/ERC is the most expensive insurance option, but it guarantees that your insurance company will pay a certain amount beyond your policy’s limits to rebuild your house.

Get Informed, and Get Covered

It’s not hard to see that dwelling coverage is indeed the most important part of your homeowners insurance policy. After all, it covers your actual house — the place you live.

But the fact is that you may choose from a variety of ways to cover your house. These choices mean there’s also a lot of variability in this particular portion of your policy.

Knowing what types of dwelling insurance you can buy will help you make an informed decision about what’s right for you. Here at Covered, we’re happy to help you make that decision by putting you in touch with the right advisor for your unique needs. Don’t worry — get Covered!

Ready to talk to an independent advisor about getting the dwelling coverage that’s right for your home? Give us a call at (303) 302-9927 or drop us a note. We’ll get you Covered!