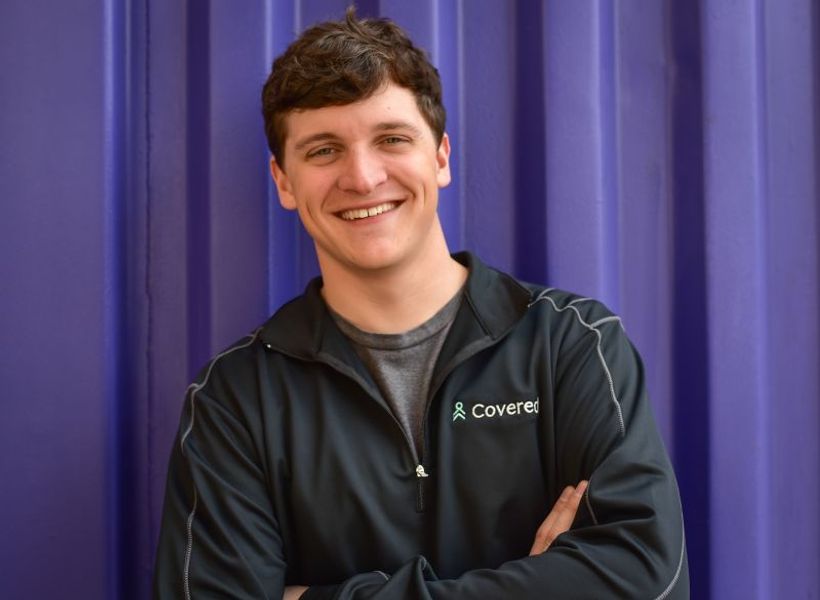 Rob Hajek joined Covered as employee number one more than five years ago. Over the years he has worked here, many things have changed. The product has evolved in the quest for product-market fit, and some teammates have come and gone. But, one thing has remained constant: opportunities to grow his skills as an engineer and a leader.

Early on, after first joining Covered, Rob focused on researching how best to build the company’s digital insurance agency. Two years ago, he stepped into a senior role as an Engineering Team Lead. Since then, he has tried to lead and help new team members get up to speed as much as he can.

And, as Covered has grown, Rob has welcomed many new engineering teammates! In conversation with him, he remarked that between two years ago and now, the engineering team here has grown by 300%.

Last year, Rob received the Built In 2021 Tech Innovator Award. Given to 50 individuals from across the United States, this award honors “the visionaries making a difference in communities around the country.” Judges for the award included the Chief Technology Officer of Ellevest, the Chief Technology Officer of Blue Apron, the Director of Executive Innovation at Microsoft, and other leading technology and engineering executives.

In describing Rob’s contributions to Covered and why they selected him for the award, Built In wrote:

“Hajek turned a demo tool into Covered Insurance Solutions’ core quoting platform, so they named it after him. The “Covered Hajform” tool started as a React-driven prototype Hajek built to showcase Covered’s ability to provide homeowners with personalized, automated insurance quotes in a user-friendly environment. Hajek immediately saw the value-add and scalability of a more formal solution so he worked cross-functionally to research and develop one.

Rob has made significant contributions to Covered, and he plans to continue leading and advancing our engineering efforts going forward. Please join us in congratulating Rob on LinkedIn for his well-earned recognition from this award.